If you’re ready to shop for electric cars, you’re in the right place. Our editors have driven nearly every new EV that’s currently on sale, and we’d love to help steer you in the right direction. After all, it’s not just Tesla selling EVs these days. There are various kinds of electric cars, and some may suit you better than others. But how are you supposed to choose the best one?

We can’t tell you exactly which EV is right for your life, but we can narrow your choices down. Do you want something cheaper and with a more limited range, or do you want to pony up some cash for luxury features and enough range for charge-free road trips?

We’ve driven just about every permutation of every current-production electric vehicle in the US today, so at Carexplainer cars we have a better-than-average view of what’s good and what’s not in EVs right now.

With a bit of eight-bit 1980s design mixed with some really impressive new-era electrification, the Hyundai Ioniq 5 dazzles as a fast-charging SUV with good range. Line-ups range from a 168-hp, single-engine, rear-wheel-drive Ioniq 5 with an EPA-estimated range of 220 miles to a 320-hp, twin-engine, all-wheel-drive with an estimated range of 256 miles.

The long-range, single-motor, rear-wheel drive model with a range of 303 miles is among the longest-traveling EVs selling for under $60,000 today. However, its 350kW DC fast charging capacity is the real hero, enabling charging speeds as fast as far more expensive and luxurious EVs like the Porsche Taycan and Lucid Air.

Inside the Ioniq 5 there’s plenty of room, with more space for the rear passengers as in both the Ford Mustang Mach-E and the Volkswagen ID.4. With a wide price range and availability, the Ioniq 5 is a compelling choice for anyone taking the first step into electric vehicle ownership.

The 2023 Kia EV6 is the company’s first dedicated EV, and the striking crossover is built on the same Electric-Global Modular Platform (E-GMP) that will underpin a slew of new Kia EVs. With an estimated range of up to 310 miles and quick charging rates thanks to its 800-volt architecture, the EV6 is an example of the expanding choices and capabilities of the latest electric vehicles.

It also offers two different batteries, rear- or all-wheel drive, and between 167 and 576 horsepower. The latter applies to the range-topping EV6 GT, which allegedly can accelerate from zero to 60 mph in under 3.5 seconds.

The 2023 Kia EV6 has a $40,900 starting price. That’s about average for an electric SUV, and it’s roughly on par with rivals like the Volkswagen ID. 4 and Ford Mustang Mach-E, as well as Kia’s own Niro EV.

The Lucid Air luxury sedan promises beautiful appointments in a sleek all-electric package. Additionally, the sedan boasts thrilling acceleration and an estimated top speed of 217 mph. As we’d expect of a Tesla-rivaling brand, Lucid promises that it will offer autonomous and semi-autonomous driving technologies with the Air.

A Lucid Air Grand Touring we tested delivered 800 hp, 885 lb-ft of torque, and an impressive 0-60 mph time of 3.0 seconds. Lucid also announced the Grand Touring Performance model, which lays down 1,050 hp and 921 lb-ft.

The Dream Edition Range model should go for 520 miles on a single charge, while the Dream Edition Performance should travel about 471 miles. The price for the new Lucid Air Grand Touring Performance model, announced just two weeks ago, will remain at $179,000.

In addition to the conventional five-seat layout, the 2023 Lucid Air will be available with an executive rear seat package featuring two separate bucket seats that recline 55 inches. The dash features a three-screen layout, including a digital gauge cluster instead of a conventional analog one.

Lucid’s multimedia interface has an artificial intelligence system that recognizes natural speech and can detect someone talking even in the rear seats.

The Model 3 offers an immersive driving experience compared to other non-luxury EVs. Its minimalist interior design feels chic, modern, and upscale. The rear-wheel drive layout and powerful electric motor also ensure natural sportiness and faster acceleration than anything else in its price range. If you’re in the market for an electric vehicle, the Model 3 is practically unbeatable for the price.

Range is an impressive 358 miles per charge in the medium, long-range trim, eliminating the need to charge the Model 3 every day. At around $41,500, the rear-wheel drive Model 3 Standard Range Plus is the cheapest Tesla you can buy. Dual-motor AWD variants start at about $51,500 for the Model 3 Long Range or about $58,500 for a Model 3 Performance.

The 2023 Ford Mustang Mach-E is an electric SUV that bears the Mustang name and styling inspired by the iconic sports car. However, it has all the practicality of a crossover SUV with a roomy, high-tech interior. This SUV also has the performance to live up to its name, especially in the GT models that achieve a 0-60 mph time as quick as 3.5 seconds.

The 2023 Mustang Mach-E has an EPA-estimated range of between 211 and 305 miles, depending on the battery pack and type of electric motors, which isn’t nearly as impressive as the rangiest Tesla models.

The range-topping Mustang Mach-E with rear-wheel drive and the extended range battery boasts an EPA-estimated range of 305 miles. The all-wheel-drive version with the extended battery has an estimated driving range of 270 miles.

This is the Model Y, Tesla’s smaller, cheaper sibling to the Model X SUV. Tesla introduced it as a new nameplate in 2020 and we’re not expecting any significant changes for 2023, unless the automaker decides to add the yoke steering wheel and updated interior from the recent Model S/X refresh.

Tesla offers two variants of the Model Y, the Long Range and Performance, both of which feature a dual-motor AWD powertrain. Both models are fed by a 75-kWh battery. The all-wheel-drive Long Range offers 330 miles of range; the Performance model’s estimated range drops to 303 miles.

Thanks to a generous Car and Driver reader, we were able to test an all-wheel-drive Long Range, which zipped from zero-to-60 mph in just 4.4 seconds, a mere 0.4 second behind our long-term Model 3 sedan. The Performance model delivered an even quicker 3.6-second blast to 60 mph in our testing.

The Long Range Model Y price starts at $54,990 and can be priced as high as $73,990 with all available add-ons. This includes red paint, white interior, 20″ Induction wheels, tow hitch, seven seats, and full self-driving (FSD) capabilities.

The Performance Model Y begins at $61,990 for the bare bones version, and can jump as high as $75,990 including the previously mentioned add-ons as well as 21″ Überturbine wheels.

The 2023 Chevrolet Bolt EUV takes the regular Bolt EV hatchback’s underpinnings and tops them with sheetmetal that makes it look much more like an SUV—which, of course, is the body style American buyers vastly prefer.

The Bolt EUV’s cabin appears stylish and nicely trimmed. A flat-bottom steering wheel and a push-button gear selector are standard on all models, and the seat upholstery sports a cheeky geometric pattern. The Bolt EUV is longer, wider, and taller than the regular Bolt hatchback, and its rear seat is the benefactor of that extra space, with rear-seat legroom growing by more than three inches.

The 2023 Chevy Bolt EUV goes on sale this summer. The base model, the Bolt EUV LT, has a Manufacturer’s Suggested Retail Price (MSRP) of $33,500, plus a $995 destination charge. The better-equipped Bolt EUV Premier, with available Super Cruise, starts at $38,000.

The 2023 Chevy Bolt EUV is powered by a 150-kilowatt permanent magnet electric motor fed electricity from a liquid-cooled 65-kWh lithium-ion battery mounted low in the chassis.

Using a 240-volt Level 2 charger, the Bolt EUV can be fully recharged in roughly 7 hours. With 120-volt home charging, it takes considerably longer. Chevy says you can get 4 miles of range with a 1-hour charge using a 120-volt charger.

The Tesla Model S is the car that kick started the EV revolution we’re living through right now. For a while, the Model S didn’t have any true rivals because automakers were playing catchup in the electric vehicle market, but now the competition has finally arrived.

Without it we wouldn’t have the growing selection of electric vehicles we have today, yet the 2023 Tesla Model S remains one of the most compelling and desirable options in that growing market segment. It also earns a spot on our 2023 Editors’ Choice list.

With up to 412 miles of estimated driving range—depending upon model—the S can easily be used for long drives, and the 1020-hp Plaid version can deliver supercar acceleration while seating four adults. The Model S is also practical, with a large rear cargo area and a secondary front-trunk for extra space.

Volkswagen’s electric car for the masses is the 2023 ID.4 SUV, and it nicely pairs practicality with comfort and adequate driving range to allow drivers to make the switch from internal combustion. We just wish its driving demeanor was more playful.

Rear-wheel drive models come with one motor and 201 horsepower; opting for all-wheel drive adds a second motor and ups power output to 295. Maximum range is about 275 miles per charge, but the base Standard trim, while cheaper, pairs its more attractive price tag with a smaller battery and only around 208 miles of range.

The more expensive Pro models come standard with DC fast-charging capability, which makes juicing up at public charging stations relatively quick and easy. The Standard trim doesn’t get that feature, so if you’re not able to install a level 2 charger at your home it would be best to avoid this model.

The 2023 Volkswagen ID. 4’s base Pro trim starts at $40,760, which is among the highest starting prices in the electric SUV class. The top-of-the-line Pro S trim starts at $45,260. Both trims come with the same single-motor, rear-wheel-drive setup.

The 2023 Rivian R1T is a futuristic-looking all-electric pickup truck that boasts four electric motors, lightning-quick acceleration, and 314 miles of estimated range. Those credentials and more help the first model from Rivian–a startup based in Irvine, California–earn an Editors’ Choice award.

At 215.6 inches long, the crew-cab-only R1T splits the difference in size between mid-size pickups like the Ford Ranger and full-size trucks like the Ram 1500. The R1T is the first electric truck to make it to production in what’s shaping up to be a competitive market, soon to include the Ford F-150 Lightning and the GMC Hummer EV SUT.

The R1T will be sold directly to consumers, although Rivian says that it also will set up a network of service centers and Tesla-like stores.

With a starting MSRP of $67,500, the Rivian R1T is positioned above the base F-150 Lightning and below the Hummer EV Pickup. It’s a decidedly premium vehicle with a premium price.

Comparison of the best electric cars for 2023 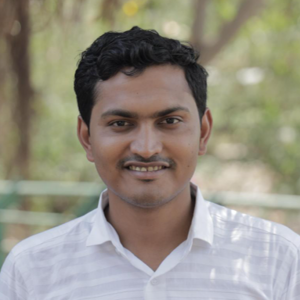 We break down passenger vehicles into body styles (coupes, sedans, hatchbacks, etc) and explain the basic characteristics of each type.

Do Electric Cars Have Alternators?

Electric cars are becoming more and more popular these days. My understanding is that an alternator produces electricity to power a car’s battery. This would